Monsters (or aliens, if you prefer) are kind of cute. They go around the board, eating other dots — and they can eat fire, which destroys it, and anything that gets rid of fire is a big plus. But they also eat anchors, which is not so great.

Monsters have a number on them. That number indicates the amount of matches you’ll have to make to get rid of them. Be warned — making a square only counts as one match, not four (or however many you got rid of with the box). As with fire, if you don’t match a monster, it moves — and eats another dot, which increases its number. If you match a monster and get its number down to 0, it will be removed from the board.

Monsters are kind of like Kuribo’s Shoe in Super Mario Bros 3 — they show up rarely (Kuribo’s Shoe is on exactly one level in the whole game), are an interesting challenge, but are ultimately forgotten.

Level 240: if you match the 6 purple dots with the purple monster in the bottom-left, its number will drop from 10 to 4. But when you do that, all the other monsters will increment by 1.

Level 267: good luck getting to all of that ice.

I played these levels so long ago that I don’t actually remember what my strategy was. However, as with everything else it ultimately comes down to the goal. If you have to get a color quota or anchors, you should probably eliminate the monsters quickly. If you have to break ice, as in the above example, you may just want to work around them. 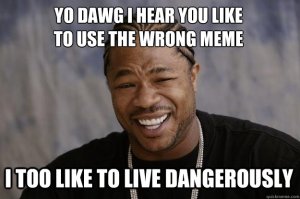 This has nothing to do with dots, but it made me laugh.

If this guide helped you out, please consider buying one of my stories from Amazon. Here’s one: The Plumbers and the Princess, published by Aoife’s Kiss magazine. It’s for anyone who thinks they know real story of the Super Mario Brothers. A trip to 1970s New York will show you just how wrong you are.