I’ve stayed in 13 hotels in the past two years. That’s an average of one hotel every two months (not including the one I stayed in twice). That’s given me quite an insight into ways hotels could improve things… or, in some cases, stop improving them. 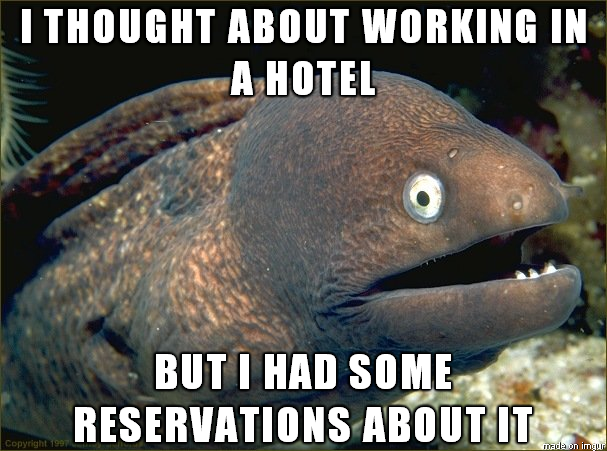 Josh Roseman (not the trombonist; the other one) has been published in -- among others -- Asimov's, Escape Pod, and Evil Girlfriend Media. In 2015, he released his first collection, The Clockwork Russian and Other Stories, and followed it up with 2016's Memories of My Father. When not writing, he mostly complains that he's not writing. Find him online at roseplusman.com, or on Twitter @listener42.
View all posts by Josh Roseman →
This entry was posted in column, nerdery public, nonfiction, six of the best, writing and tagged bed bath and beyond, doorknob, doors, free water, free wi-fi, hotel, ice machine, junior suite, sheraton, streaming, suite, towel, water, wi-fi. Bookmark the permalink.