SIX OF THE BEST… books I discovered by accident

I know I’ve mentioned in the past that I subscribe to an e-book library that often gets pretty big dumps of books for borrowing. It’s not quite like going to the bookstore — you can’t just walk through the aisles until you find something that looks good. It comes down to title, author, and a thumbnail of the cover. If I’m interested, I’ll click in and read the synopsis, and if it catches my interest, I’ll borrow it.

Sometimes I stumble upon crap. But other times there are hidden gems. Here are six of the best books I discovered by accident. 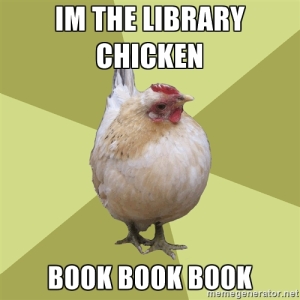 Josh Roseman (not the trombonist; the other one) has been published in -- among others -- Asimov's, Escape Pod, and Evil Girlfriend Media. In 2015, he released his first collection, The Clockwork Russian and Other Stories, and followed it up with 2016's Memories of My Father. When not writing, he mostly complains that he's not writing. Find him online at roseplusman.com, or on Twitter @listener42.
View all posts by Josh Roseman →
This entry was posted in column, nerdery public, nonfiction, six of the best, writing and tagged book, books, bucky fucking dent, e-book, embassytown, friday, ghosts of engines past, grimspace, headcrash, holy cow, judge benjamin superdog, library, not quite the classics, please don't tell my parents i'm a supervillain, ready player one, saints astray, santa olivia, soon i will be invincible, things my girlfriend and i have argued about, wolf in white van. Bookmark the permalink.