I’ve been using Google Chrome for many a year now, and while some complain of its resource hogging, I still feel like it’s the best browser for me. Google already knows all of my personal information; might as well let them personalize things for me, right?

But even power users can use a little something to supercharge their experiences with their browsers. In that vein, here are six of the best efficiency-increasing Chrome extensions (that I currently use). 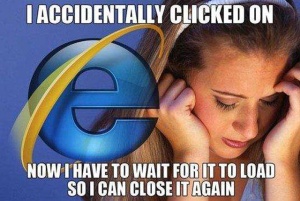 Josh Roseman (not the trombonist; the other one) has been published in -- among others -- Asimov's, Escape Pod, and Evil Girlfriend Media. In 2015, he released his first collection, The Clockwork Russian and Other Stories, and followed it up with 2016's Memories of My Father. When not writing, he mostly complains that he's not writing. Find him online at roseplusman.com, or on Twitter @listener42.
View all posts by Josh Roseman →
This entry was posted in column, nerdery public, nonfiction, six of the best, writing and tagged adblock plus, chrome, extension, flash, flashblock, gmail, goo.gl, google chrome, rot13, sndlatr, the great suspender, tinyurl, ublock, YouTube. Bookmark the permalink.