I’m not going to say it. But I really want to.

Magnets are a form of wilds that need to be matched specifically to each other in order to be cleared. On the plus side, when you clear magnets they turn into bombs, but that’s really the only plus side. With magnets, you’ll have to figure out how to drag them around, how to make squares with them, and how to clear them expediently given that a single magnet in a square won’t clear itself; the magnet will remain, but the rest of the colors will be gone.

Magnets are also programmed to use the “only a certain number on the screen” algorithm; there are several levels where you won’t get nearly enough of them.

Magnets are probably the hardest obstacle to explain. At least you won’t have to deal with them for long; they don’t appear often once you get out of the magnet zone. Take comfort in that. 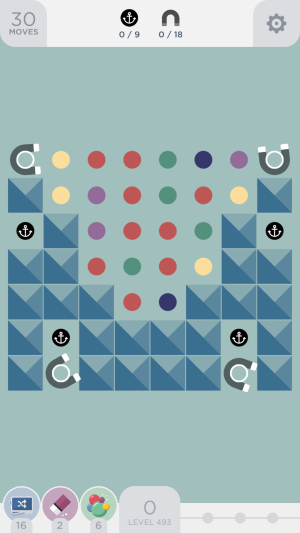 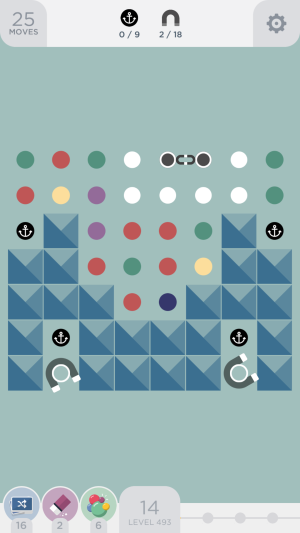 Level 493: I managed to capture a pair of magnets mid-clear. You’re welcome.

I offer the same general strategy for magnets and clouds: clear them sooner rather than later, and remember to keep the screen balanced. If you have several magnets on the left, clear dots on the right to help get more to show up — unless you’ve reached your “maximum magnets for the level” number, which is often arbitrary.

Also, when you’re making squares with multiple magnets, pay close attention to where the magnets are going to drop after the box clears; you could end up not matching the magnets at all. Try to keep them in a vertical line; that’s safest. 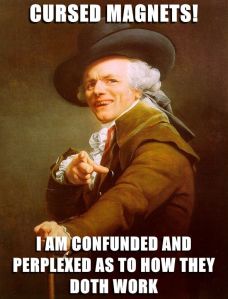 If this guide helped you out, please consider buying one of my books from Amazon. Here’s one: Secret Santa, in which an overweight man who’s tried everything to get slimmer discovers that he might just have a destiny… one that requires him to have a belly like a bowl full of jelly. Except for the fact that no one asked him what he wanted.